Immense and dusty expanses surrounded by reddish rocks and swept by fierce winds: in a world that seems to have domesticated all mysticism, the deserts represents the last place where fragments of mystery are preserved.

As a matter of fact, there is an insane fascination in what is hidden, a hint of sweetness in what is fatal for us; but if the desert represents the inaccessible and fatal place par excellence, it is to the desert that we must look to see the dawn of a new chapter in the history of mankind.

In the heart of the Nevada desert, a few kilometers away from Las Vegas, the first test center of Hyperloop - the futuristic means of transport that will connect cities and nations at a much-higher speed than planes - has been created.

This technology has needed the desert’s spaces and isolation to grow and consolidate, but has advanced to the point that it requires a more-advanced testing and study center, where the brightest minds on the planet can collaborate to define practices and methodologies that can transform today's visions into tomorrow's reality.

For this reason, Hyperloop needs to expand its test center: this is why YAC is pleased to present Hyperloop Desert Campus.

Lost in the American desert, among the salt basins and millenial desolations where the steam of the ancient locomotives were first hosted, architects will be asked to shape the most recent dreams of innovation and speed through an iconic building located in one of the most majestic and suggestive contexts on the planet.

This will be the place where the history of mankind will be written; the new Hyperloop campus will not be a mere building, but rather a real sanctuary of science, a place where the impossible becomes possible, where it will be possible to celebrate the ancient and always-renewed race towards the most heartfelt and irredeemable ambition of our species: progress.

YAC thanks the designers who will take on this challenge. 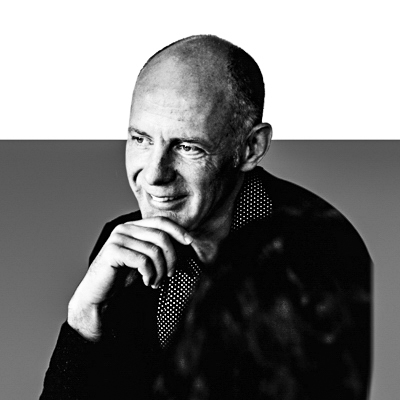 Ben van Berkel studied architecture at the Rietveld Academy in Amsterdam and at the Architectural Association in London, receiving the AA Diploma with Honours in 1987. In 1988 he and Caroline Bos set up an architectural practice in Amsterdam: UNStudio presents itself as a network of specialists in architecture, urban development and infrastructure. With UNStudio he realised amongst others the Mercedes-Benz Museum in Stuttgart, the Raffles City mixed-use development in Hangzhou, the Singapore University of Technology and Design. Current projects include the design for Doha’s Integrated Metro Network in Qatar and the Canaletto Tower in London.  Currently he holds the Kenzo Tange Visiting Professor Chair at Harvard University Graduate School of Design and lectures in major international schools of architecture and engineering.

Winy Maas  is a co-founder and principal architect of MVRDV, an interdisciplinary studio that works at the intersection of architecture and urbanism. The award-winning Dutch practice was set up by Maas alongside Jacob van Rijs and Nathalie de Vries in 1993 and has established an international identity with a wide variety of buildings, cities and landscapes that are innovative, experimental, and theoretical.  Over the past 25 years Maas has been responsible for many award-winning projects including the Dutch Pavilion at Expo 2000 in Hannover, Rotterdam’s Market Hall, the Crystal Houses in Amsterdam, the Book Mountain public library in Spijkenisse, the Glass Farm in Schijndel, the Taipei Twin Towers, Vanke’s Head Quarters in Shenzhen and the first publicly accessible art depot in the world, Depot Boijmans Van Beuningen which is scheduled to open in 2020.

Associate Director in Arup Milan, Paolo leads the Sustainability and Building Services team. and is in charge of Sustainable Development for Arup Italy. He developed a significant international experience in London leading multidisciplinary teams in the delivery of innovative and highly sustainable projects with world-renowned architects. His technical expertise and experience cover various sectors including arts and culture, aviation, sport, commercial, hospitality, residential, healthcare and large-scale masterplans. Design focused, operating across masterplan and building scale, he is passionate about supporting architects and designers through an integrated and creative approach that always fosters innovation and quality. One of his prime interests is the evolution of the relationship between human and nature in the digital era and how data-informed design can support us to improve the quality of life in our cities and buildings whilst generating positive effects on the natural environment. He lectures in several universities and regularly  attends conferences to speak about the topics of sustainability and innovation. He was the  curator of  2017 Domus Green “People and nature in the age of technology” and of 2019 Domus EcoWorld “The UN Global Goals in practice”.

Kazuyo Sejima (b. 1956, Ibaraki, Japan) studied architecture at the Japan Women’s University. In 1987 she opened her own studio Kazuyo Sejima & Associates, and then in 1995, together with Ryue Nishizawa, she founded SANAA. SANAA’s main works include the 21st Century Museum of Contemporary Art in Kanazawa, the Rolex Learning Center (Ecole Polytechnique Federale de Lausanne), and the Louvre-Lens. In 2010 Kazuyo Sejima was appointed director of the Venice Biennale. In the same year, Kazuyo Sejima and Ryue Nishizawa of SANAA were the recipients of the Pritzker Architecture Prize. She is currently a professor at the Polytechnic University of Milan, Yokohama Graduate School of Architecture (Y-GSA), and teaching at Japan Women’s University and Osaka University of Arts as a visiting professor.

Fedele Canosa graduated in 2000 at the Delft University of Technology and  joined Mecanoo in 2004.  Fedele has been involved in the  design of numerous  libreries and environments  for educational activities at any stage. He  excels at translating complex visions into clear and coherent concepts with descriptive visuals (both hand drawn and digital) to facilitate active dialogue and engagement. As a library design specialist, Fedele worked on  the Library of Birmingham, the Martin Luther King Jr. Memorial Library and New York Public Library.

Chad Oppenheim is a Miami-based architect whose work is praised for its ability to transform the prosaic into the poetic. A graduate of Cornell University and a Fellow of the AIA, Oppenheim has lectured widely and has taught at various architecture schools, including most recently at Harvard University’s Graduate School of Design. In 1999, he founded Oppenheim Architecture (Miami, Basel, New York). The international practice has received over 80 awards and distinctions, including the AIA’s highest distinction, the Silver Medal, and featured in numerous publications around the world. In 2018, Oppenheim Architecture was the recipient of one of the National Design Awards by Cooper Hewitt, Smithsonian Design Museum. 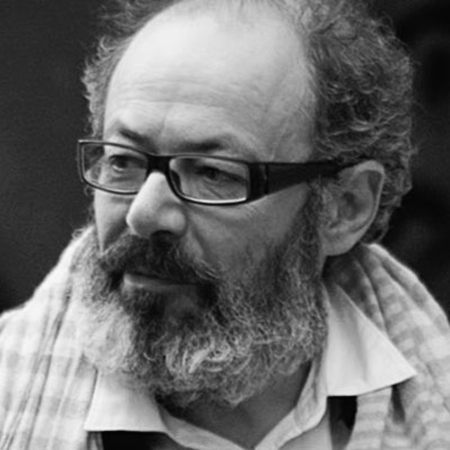 Graduated at Politecnico Milano, he wins a competition for the interiors of Musée d’Orsay and, established in Paris, he works on the restoration of the Museum of Modern Art at the Centre Pompidou first, the restoration of the new French School at Louvre’s Cour Carrée later and also on the refurbishment of Nantes’ inner town. Since 1996, he has been working and living in Milan, where he opens the Studio Italo Rota. The projects of the practice change according to the subject, the scale and the typology – from a museum to a church, from a casino to a conference hall or an urban intervention – while showing a global approach due to a high expertise in exhibitions, events and temporary structures. Studio Rota means richness of forms, colours and materials.  The peculiar use of light and lines give a sense of multidimensional, while piercing spaces and movements, that makes interiors and objects very creative and intense. Among his several projects, the refurbishment of the iron and steel complex in Dolvi and the Lord Hanuman Hindu temple in India, the stunning Maisons Cavalli in Milan and Dubai and the Wine, Kuwait and Vietnam Pavilions at the Expo Milan 2015. 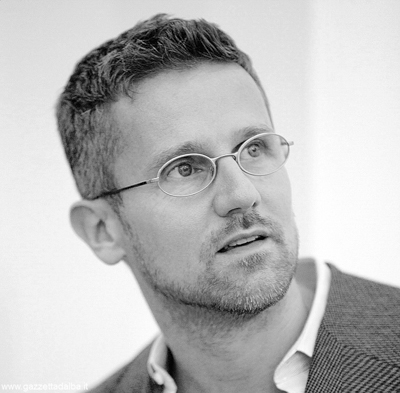 Architect and engineer Carlo Ratti teaches at MIT (Massachusetts Institute of Technology, Boston, USA) where he directs MIT Senseable City Lab, a research group that studies how new technologies are shaping the way we understand, design and live in our cities. He co-founded the innovation and design international studio Carlo Ratti Associati in Turin in 2004. Esquire magazine has included him in the "Best & Brightes", Forbes in the "Names You Need to Know" and Wired in the list of "50 people who will change the world", Fast Company mentioned him among "The 50 most influential designer in America" and Thames & Hudson among the "60 innovators shaping our creative future". Two of his projects - Digital Water Pavillion and Copenhagen Wheel - were included in the list of "The best inventions of the year" of Time Magazine (2007 and 2014). In 2014, Copenhagen Wheel was awarded the prestigious Red Dot: Best of the Best award. 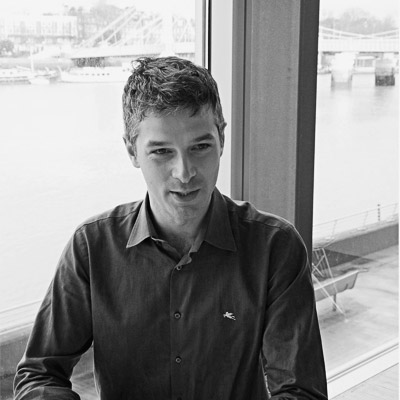 Nicola graduates at IUAV, Venice, in 2005. He is a registered architect in the UK and Italy and an RIBA chartered member. He deals with the design of mixed-use super high-rise developments, governmental buildings, leisure and sport centres, R&D and urban design. In 2005 he joins Foster + Partners. He is promoted to assicuate in 2008. Here he works on a wide number of iconic developments such as: Jameson House in Vancouver, Canada; Santa Fe’ a pioneering sustainable masterplan and mixed use development in Mexico City; the Regional Appeals Court in Madrid, part of the wider City of Justice project; a 400,000 sqm mixed-use super high-rise scheme in Riyadh, KSA; a masterplan for a 500,000sqm mixed-use development in Istanbul, Turkey; a 1,001m high tower in KSA and an 80,000 seats FIFA stadium in KSA designed to be an exemplar of energy efficiency and a benchmark for other sporting venues across the region.  He takes part in winning competitions such as Motor City in Alcañiz, Aragon; Project Honour in SC Johnson eadquarter Racine campus, Winsconsin and a new airline hub for Central America. Recent projects include an iconic 250m hotel and residential tower in Istanbul, Turkey; a masterplan and 100,000 sqm mixed-use high rise development in central London and the design of a state of the art research and development centre in Korea.