Some places may seem straight out of a fairy tale, bu they exist in the real world. In some places, a blend of legends, landscapes, memories, creates something that cannot be described in words: something humans perceive but cannot express, something science explains but does not own.

Rovaniemi is one of those places.

Capital of Finnish Lapland, Rovaniemi is one of the few cities in the world located at a few kilometres from the Arctic Circle: legacy of people with colourful clothes and special traditions, reindeer farmers and sleigh builders. Rovaniemi is a place made of snow, perpetual dawns and dusks, and it is home to the dancing lights that shine in the sky during cold winter nights – the Aurora Borealis.

Home to Santa Claus- the Scandinavian myth that conquered the world through tales and folklore, the town of Rovaniemi had been considered inaccessible and remote for most of its history. Until last century, when it became the destination for visitors and tourists, who wanted to feel its magic and see the fascinating Northern Lights.

Today Rovaniemi is no longer a prerogative of expert travellers and explorers, and new hospitality models are necessary in order to protect the remote identity of this land.

An identity that is characterized by primitive beauty and harmony, and inaccessibility and the absence of humans greatly contributed to its shaping.

How can we make places like this accessible, as inaccessibility is a key part of their charm? What kind of accommodation facilities can combine hospitality and unspoilt nature?

This is the challenge of Arctic Hotel, the competition organized by YAC and Rovaniemi to create a place where people can experience the most authentic North, respecting its isolation and magic.

On Ounasvaara Hill, overlooking one of the most remote bases ever built, architects will have the opportunity to imagine a structure that blends with the forest, the snow and the sky. A place where visitors can find shelter from the freezing temperatures of the Arctic Circle, gather around a fire, and enjoy the rarest and most mysterious spectacle of nature: the Aurora Borealis.

Yac thanks all architects who will accept this challenge. 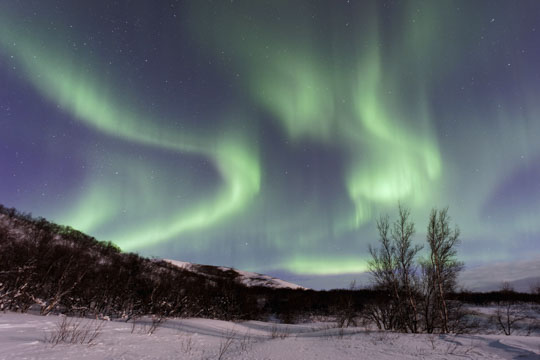 Angelo Micheli was born in 1959. In 1986 he graduated with a university degree in Architecture. In 1986 he founded the group “Solid” and from 1987 to 1988 he participated in the group Memphis, coordinated by Ettore Sottsass. A partner in the Studio De Lucchi from 1988-1998, he continues to collaborate with Michele De Lucchi on projects related to design, architecture and graphics. His work as architect and designer involves research on contemporary projects as well as a personal research on the character of representation. He continues to believe in the importance of design and painting as expressions of personal experience. He is currently working on projects for Autostrade S.p.A., EnelPower, Febel, Nescafè, Mandarina Duck, Martinelli Illuminazione, RAS, Rheavendors, Solzi Luce Telecom, and Unilever Best Foods. He has held a faculty teaching position at the European Institute of Design of Milan since 1998, at the European Institute of Design of Turin since 2001, and at the University of Architecture of Venice (IUAV) since 2000.

Dagur Eggertsson is together with Sami Rintala the founder of Rintala Eggertsson Architects, a Norway based architecture firm, which bases its activities on public art, architecture and urban planning. Since the establishment in 2007, Rintala Eggertsson Architects have developed projects around the world and their work has been exhibited at the Venice Biennale, Maxxi Museum in Rome and the Victoria & Albert Museum in London amongst others. The company has received prestigious awards over the years such as The Global award for Sustainable Architecture, Architizer + Award and the Travel & Leisure Award. Their projects and texts have been published in  renowned architecture magazines around the globe. Dagur Eggertsson has taught architecture in Europe and North America. He is currently a Gensler Visiting Professor at Cornell University in New York.

Rodrigo was born in Santiago, Chile, in March 1976. He received his architecture degree from Pontificia Universidad Católica in 2001. In 2007 he received the Award of the Architects’ Association of Chile for best architect under 35. In 2012 he founded an initiative that brings together Chilean architects around the problem of urban housing, and the relationship between private development and public life. He is Architecture design professor at Pontificia Universidad Católica and has run his own architecture studio since 2003.In his studio has developed projects in a wide range of areas. In the hotel sector highlights the Casino & Hotel of Talca and the Elqui Domos Astronomical Hotel; in industrial area the development of projects for Quintay and Emiliana Vineyards; in the institutional sphere the Faculty of Economics of UDP and in residential de development of Duque House, with which he won the prize for the best work in the residential category at the Architecture Biennale of Santiago in 2004. His works have been published in specialized magazines in more than 15 countries.

Nicodemos completed his Graduate Diploma in Architecture at Nottingham University with a specialization in environmental design. He worked at Squire & Partners in London & at Omiros One Architects in Melbourne, Australia. Partner of Kyriakos Tsolakis Architects, based in Nicosia and London, he was awarded distinction at the Cyprus State Architecture Awards 2016 and has been the project architect for Cyprus’s first purpose built women’s shelter which is nominated for the Mies van der Rohe Award 2017. Nicodemos is currently project architect for a number of projects particularly focusing on environmental sustainability, including the Troodos Observatory.

He graduates in Architecture in 1968, collaborates with Renzo Piano in Genoa and Paris. In 1992 founds in Paris the Mario Cucinella Architects (MCA) studio and in 1999 opens a new base in Bologna.  Currently he is professor at the Faculty of Architecture Federico II di Napoli, he is Honorary Professor at the University of Nottingham in the UK and Guest Professor in Emerging Technologies at the Technische Universitat at Munich. He is an international point of reference regarding sustainable design. In 2012 he founds Building Green Futures, a no-profit organization which aim is to join environmental culture and technology in order to create an architecture able to guarantee dignity, quality and performance respecting the environment. He can boast numerous and valuable awards, one of the most recent ones is the RIBA International Fellowship 2016 award. His best works are Sino Italian Ecological Building (SIEEB) in Beijing, the Kuwait School in Gaza, the building One Airport Square in Accra in Ghana, the San Raffaele Hospital in Milan.

Tarja Outila is Professor of Urban Design and Planning at the University of Oulu, her alma mater since 2018. She is a Doctor of Science in Technology, D. Sc. (Tech.) in Architecture. Before that she worked as a City Architect and as a Head of city planning and design in the City of Rovaniemi for altogether nine years. She has also worked as a head of Land Use department at the Lapland Environmental Centre, principal lecturer at Oulu University of Applied Sciences, researcher at the University of Oulu. Her own architectural  studio was active 1995-2003. She has worked as a juror in several national and international architectural competitions and Outila’s architectural studio has won national competitions as well. Altogether she has over 30 years’ experience in urban design and planning as well as building design.

Ari Vuorentausta graduated at Turku Business School, MBA and worked as Development Director for Eräsetti Safaris and as General Manager for two hotels of the Scandic Hotel chain for four years. He has then been working for 15 years for the Lapland Hotels and he is now the CEO of this important chain of hotels in Finland including 17 indivisual hotels range from the urban cityscapes of Finland, the hearts of urban fells, the hottest ski resorts, and the edges of great wildernesses to the rugged landscapes of northern¬most Lapland.

Ulla-Kirsikka Vainio graduated in Architectural studies at the University of Tampere and obtained a Masters’s degree in Administrative Sciences at the University of Tampere, eMBA in 2019. Entrepreneur and business owner of the Architectural Agency Arkkitehtikonttori Vainio & Ekman from 1996 to 2010 winning various architectural competitions, she was a leading building inspector at the Municipality of Lempäälä and Nokia before her election as the Mayor of Rovaniemi in 2020.

After obtaining a master's degree in communication sciences, marketing and tourism, Sanna has dedicated herself to prestigious activities aimed at promoting tourism in Finland. Member of the tourism committee of the Lapland Chamber of Commerce, since 2010 she is the CEO of Visit Rovaniemi, the official organization for tourism information and promotion of the city of Rovaniemi founded in 2007. Through several cultural, martketing and communication initiatives, Visit Rovaniemi has, over the years, achieved important goals and obtained distinguished awards such as the "International Travel Marketing Award" in 2015 and the "Tourist Company of the Year" in 2017.

Lukas Rungger (born 1977) graduated in architecture from the Technical University Graz (AT) and after additional studies in Brussels (BE), he first worked as an architect with Prof. Hans Gangoly in Graz (AT), then with Softroom Architects in London (UK) and finally in Milan (IT) with Matteo Thun. After having completed his thesis in New York City (USA) followed by his professional qualification as an architect from IUAV Venezia (IT), Lukas has been extensively involved in a wide range of projects mainly in the field of masterplanning, housing, hotels and interior architecture of bars and restaurants. He was a member of the RIBA Royal Institute of British Architecture and is now a member of the Architectural Chamber of Bozen/Bolzano.

Tue Foged received his BA at the Aarhus School of Architecture and his Masters degree from the Royal Danish Academy of Fine Arts School of Architecture. He is one of the two founding partners of EFFEKT and focuses to create inclusive projects with clear values and tangible visions to respèond to the needs of clients, users and the whole local community. Among his projects, the Camp Adventure Forest Tower (2019) which entered the list of TIME Magazine’s 100 Greatest Places of 2019 shortly after the official opening and the GAME Streetmekka Viborg that was awarded Olympic Gold by the International Olympic Committee as well as ArchDaily’s Building of the Year.